As a musician, (yes I also play several instruments and am a member of RCC worship. Aren't I multi-talented!!), I have quite an appreciation for live bands and having performed in one myself in the past I understand the amount of work that goes into a set making sure everyone is tight, in tune, can hear each other properly and so on. I was delighted to be asked by Dave, lead of local group 'The Skarlets', to come and photograph the band in action. The evening was certainly rockin' with quite a crowd tearing up the dance floor and I was very impressed by the fabulous perfomance by the group. I had a great time experimenting with the ambient to create some moody, atmospheric images and I hope to see these guys in action again. 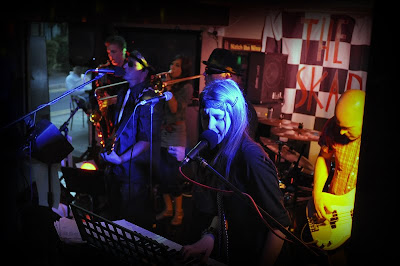 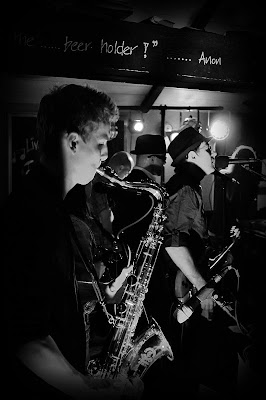 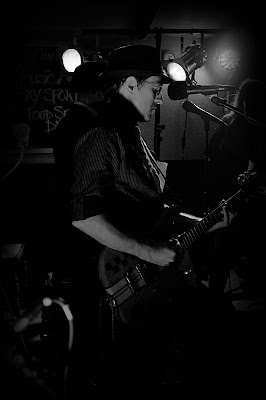 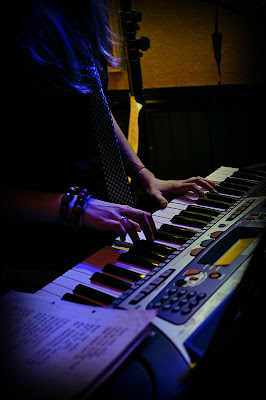 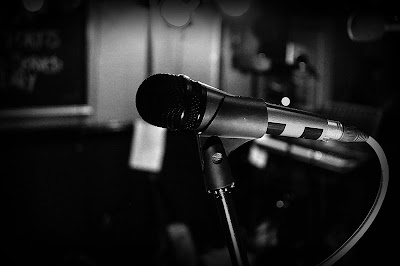 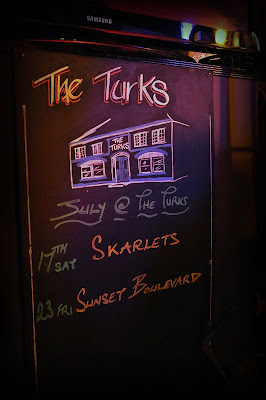 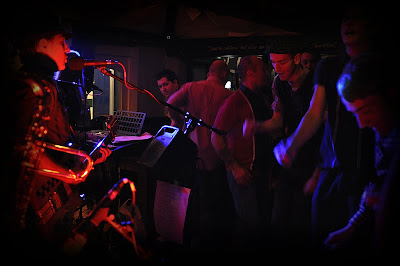 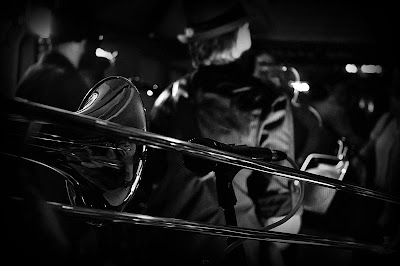 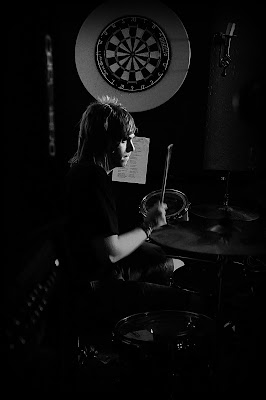 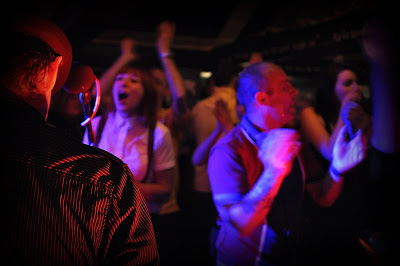 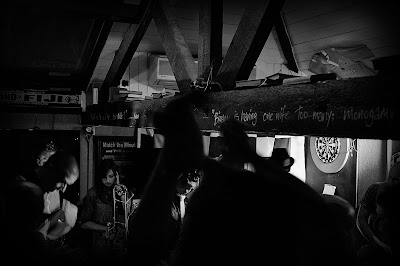 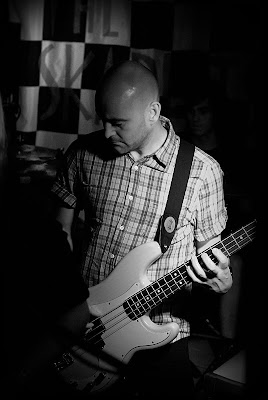 My love/addiction began when I was a child and my Grampy gave me a Kodak instamatic camera, a small rectangular box which was loaded with cartridges of film. I set about recording my surroundings - the tiny village of cottages where my grandparents lived. As I think back now I am not sure what became of those early photographic efforts, and sadly the little black camera has also become lost in time but the memory of snapping away, the sound of the shutter clicking and the excitement of opening up my developed pictures still remains. My Grampy was himself a keen photographer and I still own, and am pleased to say, still use his old Minolta TLR camera.
Fast forward to my teens and the great moment that my Father entrusted to me his pride and joy - an Olympus OM-10 and selection of lenses! He explained to me how to read the light meter and set up the flash and I was well away. I took it on holiday, on school trips and yes I stuck out like a sore thumb compared to my classmates with their Kodak compacts! My proudest moment was being approached by Mr Ward during a new parent's open evening;

''Do you know how to use that?'' He enquired, eyeing up my toy which was ready for action, loaded with film and the flash attached to the hotshoe.

I replied that yes, I did know what I was doing and was very excited to then be asked to take some pics for him to use for publicity. Being an ecstatic fifteen year old I shot two films and handed them over. I was delighted when Mr Wall handed me a photocopy a week later of an article from the local newspaper featuring the open evening. It boasted two of my pictures and was a great start to my career - published at sixteen! 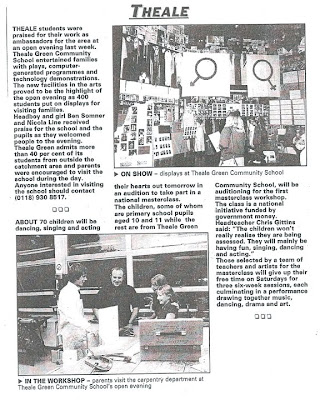 My pictures appeared in the Reading Evening Post on Fri 9th October 1998.
I continued to enjoy photography into my late teens and after a couple of unsuccessful attempts at subjects I really wasn't that excited by in sixth form followed by a brief stint at a menial desk job (never again), I returned to college and began my academic exploration of my favourite hobby. 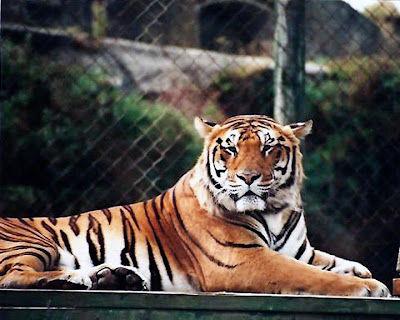 This handsome chap was a resident of the Isle of Wight's tiger sanctuary captured using the OM-10 on regular daylight film.
At about the same time I was invited to the wedding of my sister in law, Kirsty, and by now, having discovered the joys of black & white film and darkrooms, I was armed with the trusty OM-10 and several rolls of HP-5 to play with. This is the day I became hooked on wedding photography. 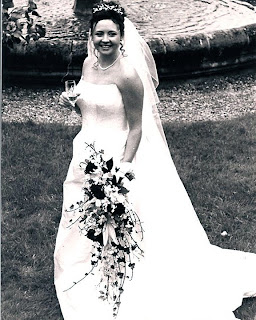 My first bridal picture - this candid of Kirsty. 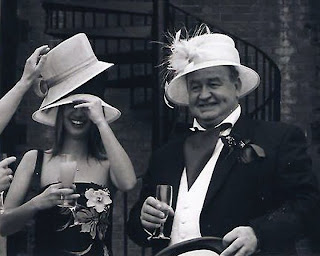 My late father in law, John with Alex's cousin Gemma.
Very soon after, I invested in my first digital SLR, the Nikon D70. My late father in law accompanied me on the day to the Jessops store at the 'top o' Basingstoke town' and watched with interest as I compared the different brands of camera and shared my excitement as I made the purchase and proudly carried my new camera home thinking of all the great pictures I would take. 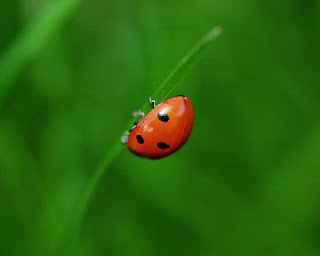 A ladybird in my parent's garden. Nikon D70 and 60mm macro lens.
I was shortly embarking upon my first wedding commission - Jan and Ged who got married on 9th July 2005. The day was slightly nerve-wracking but most exciting. We (Alex and I) arrived at the registry office and I set about photographing the bride and bridesmaids and the ceremony. Next there was a short journey to the reception and I took group portraits followed by the bride and groom cutting, well, pretend cutting their cake. The feeling of being in that privileged position of 'official wedding photographer' was immense. I felt the anticipation, the excitement, the responsibility... It was great to be a part of this special day and record it, to leave a historical artefact of the occasion with the couple that they will look at for years to come and pass on to their children and grandchildren - wow! All too soon it was over and Alex and I were tucking into a late steak lunch at the pub down the road and I was peering at the small screen on the back of my camera at the days' work. I began to make plans about launching my business. 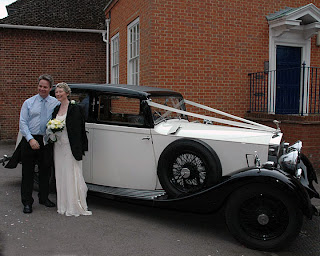 My first bride and groom - Jan & Ged.
I have been a Christian for many years now and feel that my gifting in photography is definitely to be used to bless others. I began by using the name 'Something Special' as I truly felt special when I was photographing and I needed something to post in the yellow pages. I didn't keep the name long as it didn't quite have that 'yeah' feeling about it. After a few more weddings and as more people began to call me up I decided I wanted to name the business in accordance with how I felt about it. Looking over my images and pondering about wordplays and syllables I came up with the word 'Spirit'. That was it. It worked on so many levels. The capturing of a moment in time, not just the surface but the soul speaks out through pictures. The spirit of who and what we are and the Spirit of He who created us is ever present in the whole of creation. I decided that what was I wanted to achieve always - to capture the spirit and immortalise it forever. I searched for 'Spirit Pictures' and found only a few results relating to photography of ghosts! I registered my domain names and my business, my ministry, my blessing was birthed.
So here we are, five years later and I feel well and truly blessed by my photography. I have made many new friends and contacts and enjoyed each occasion I have had the honour of capturing as well as the joy of building a stunning portfolio. Many, many more weddings as well as sports events, thanks to my husband’s passion for exercise, family occasions, dog beds(!), school proms and far more of this and that. I take so much pleasure in using this incredible gift to make other people happy and in turn am myself extremely happy in this vocation. So I want to say a HUGE thank you to my family, friends and clients for helping make these such an enjoyable few years and I look forward to continuing to capture the spirit in my imagery for many more years to come.
Emmie